BOUGAINVILLE IS SAID TO BE the largest and richest island of the Solomon archipelago. – See investment opportunities below as at April 2014

In the dream days, oral history claims that traditional trade goods from as far as Malaita Island ended up in Bougainville.

In fact, this is still a mutual practice today for the people divided between two countries. There are always traders from all over the southern Solomon in many Bougainvillean markets.

This is one indicator that, in economic terms, Bougainville has the potential—without a large scale mining project—to be an economic power house to its citizens and its sister islands.

In Bougainville’s economic history, the year 1989 should be noted as the year that the island economy that was driving the state of Papua New Guinea came to a standstill due to the armed secessionist conflict.

This crisis was the outcome of the systematic denial of Bougainville freedom of decision-making; rather Bougainville was a slave to aliens that exploited her and gave back nothing tangible in economic terms.

To Bougainville and its people, subsistence economic activity was the mainstay through the pre-colonial days until today. Bougainvilleans live by tilling their customary land, growing food crops and domesticating animals for food in the ongoing art of survival.

However, for the sole benefit of PNG, colonialism introduced mining into the Bougainville psyche. This made many Bougainvilleans believe that a massive export-oriented resource extraction industry was the only way for economic progress.

Leaders in the ABG, and even external advisors, want to see the reopening of the Panguna mine as an impact project to kick-start the Bougainville economy.

But what most Bougainvilleans should learn is the massive scale of resource extraction industries in PNG that provide no physical evidence of positive change to the society and the people.

But to Papua New Guineans this is positive development despite the fact that the economic growth rate is outstripped by population growth.

Bougainville’s future economic success must solely depend on an agricultural base. This is well documented in W W Rostow’s 1960’s book, The 5 Stages of Economic Growth, that emphasises the significance of an agricultural base to kick-start economic growth and development in developing countries.

The Bougainville government and people should invest in any cash crop the land of Bougainville can support. Two such crops that have long economic impacts in Bougainville are cocoa and copra.

In the 2008 research paper by Ian Scales and Raoul Craemer, Market Chain Development in Peace Building, it was noted that Bougainville was the major producer of cocoa for the PNG economy.

The paper noted that production ceased in 1990 with the spread of the crisis. But from 1997, as peace began gaining momentum, cocoa production rose significantly. By 2006 this growth had reached its average pre-crisis mark of 15,000 tonnes per year.

But to Bougainville’s disadvantage this is recorded as East New Britain cocoa since all buyers of Bougainville cocoa are Rabaul based.

Among the most rascals of Bougainville cocoa and copra are non-Bougainville companies such as Outspan, Garamut and Agmark. They have local Bougainvillean agents who buy cocoa or copra under licence.

There will be significant revenue for Bougainville if Bougainvilleans can establish local companies for the direct export of their resources to international markets instead of feeding PNG’s East New Britain province and others.

According to Martyn Namorong’s 2011 article, Bougainville’s weak government unable to stop looting, an estimated K300 million worth of gold is leaving Bougainville illicitly.

This figure could be supported by a 2010 story by Satish Chand, Bougainville bouncing back, that noted a local assayer as smelting 1.5 to 2 kilograms of gold per week. This converts to up to US$86,000 valued worth of production a week.

With full control of these few major resources, Bougainville could develop other still idle agricultural resources that are struggling.

All these problems are the fruit of our leaders playing Bougainville politics in Papua New Guinea shoes despite the fact that the island lost 20,000 people under PNG politics.

Bougainville does not really need a massive impact project to kick-start development.

All Bougainville needs is responsible management skills and a visionary political leadership.

Below are some examples of investment areas.  This is not an exhaustive list but rather a demonstration of existing sectors in Bougainville that would benefit from investment and development. 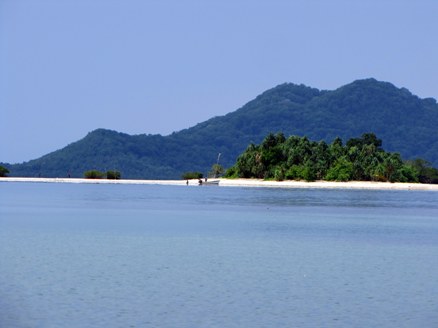 Bougainville is known for adventurous, off the beaten track travel. It is also extraordinarily beautiful, as shown in the movie Mr Pip which was recently filmed there. Bougainville has rich biodiversity and traditional cultures dating back more than 30,000 years. The region also has a fascinating recent history involving World War II and the Bougainville Crisis.  Bougainville is a unique travel destination, please look at the new Bougainville Tourism website for more information.

Travellers worldwide are looking away from package holidays and choosing instead to explore previously untouched regions. Bougainville is safe and the tourist industry is expected to grow. There are local providers of tourism activities such as trekking, nature walks and village visits, although tourist infrastructure is minimal. Both would benefit from investment along with new investment opportunities such as big game fishing, diving ventures and history tours. 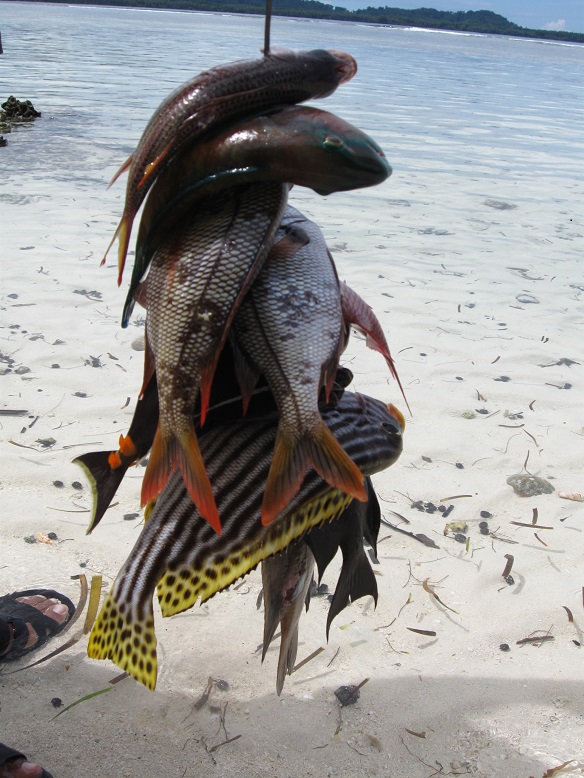 Bougainville has a clean and bounteous aquatic environment. Fishing within three nautical miles of shore is reserved for local villages only, although there could be development opportunities through local partnerships. Tuna are plentiful although fishing rights are regulated by the National Fishing Authority, PNG. Bougainville does not have commercial fishing fleets nor any onshore processing of fish caught in Bougainville waters. Opportunities exist in improving port and wharf infrastructure, fishing ventures, and onshore processing.

Bougainville has invested in commercially growing seaweed. The seaweed being grown in is Eucheuma cottonii, common name for Kappaphycus alvarezii, a carrageenan producing seaweed. Carragennan is an ingredient in many foods and gel-like products, and even has applications in biochemistry. It is used mostly as a thickener, stabilizer, and emulsifier, as well as a fresh, whole food source.

Mining was once the backbone of the economy. The Panguna mine in Central Bougainville used to be the largest open pit copper mine in the Southern Hemisphere. A moratorium has been in place for mining since the Bougainville Crisis but there are positive moves in this sector with negotiations taking place to re-open the mine and the ABG is developing its own Mining Act. There are other mining opportunities within Bougainville; limestone was previously mined and exported pre-Crisis and the market still exists and artisanal alluvial gold mining is a significant local industry.

This sector of the economy is dominated by two export markets – cocoa beans and copra (the dried kernel of a coconut from which coconut oil is made) – although most crops will grow in Bougainville. Coconuts and cocoa are grown extensively in small scale, locally owned plantations. Large plantations were very productive pre-crisis but these are mostly abandoned and run-down now. Opportunity exists to revive the large Plantations. Cocoa grown in Bougainville is know to be of very high quality and there is local knowledge gained from years of growing but little capital to invest for processing the raw materials which are generally shipped overseas. There are many potential opportunities to add value to coconut and develop products such as virgin coconut oil, coconut sugar and biofuel. 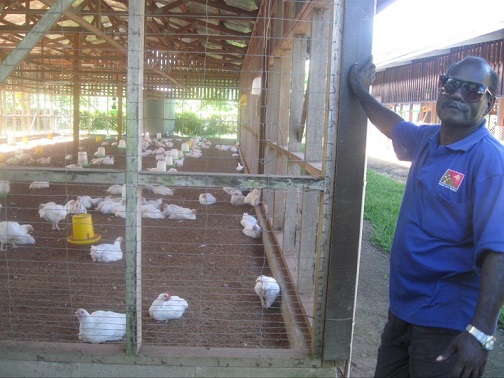 There are numerous opportunities to start or grow existing food production in Bougainville. The Division of Primary Industries has identified cattle, pig, poultry, ducks, on-land fish farming, goats and rabbits as having potential for protein production. The main sources of protein in Bougainville, however, are fish and chicken. Most of Bougainville’s chicken, eggs and baby chicks for future production are imported. There are opportunities here to meet local demand with locally produced chicken and eggs.

Currently, there is no medium to large scale manufacturing taking place in Bougainville. There is small scale manufacturing of handicraft and furniture, as well as coconut oil. Larger scale production of coconut oil is on the horizon with a production plant near completion, and there is a near complete biodiesel plant in Arawa. As of January 2014 the first of 10 new warehouses is opening in Toniva, near Kieta.  Toniva Industrial, Chinese owned, is building the warehouses to then lease out for manufacturing and industrial use.  Opportunities will increase in this sector as infrastructure and power generation continue to improve. There are two hydro power generation facilities being built on Bougainville Island. 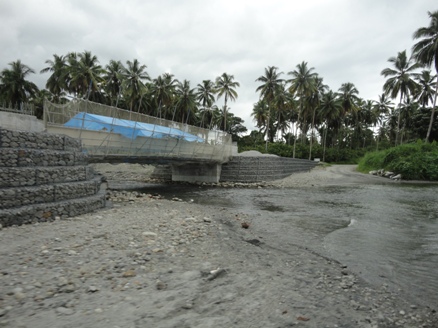 Bougainville is still rebuilding from the Crisis, there are significant opportunities to assist with infrastructure development and introduction of technology to make life easier here. Of particular relevance are affordable permanent homes, roading, air and sea ports, and power generation.